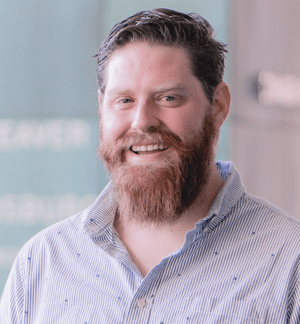 Marshall Carby is excited to join the Flatwater Shakespeare Company and continue the rich tradition of bringing high-quality Shakespeare to Lincoln!  Prior to Marshall’s arrival in Nebraska, he spent seven years at Highlands Playhouse in Highlands, NC.  During his time with Highlands, Marshall directed many productions while he served as the Associate Artistic Director and for two years as the Artistic Director.  Primarily a summer stock theatre, Highlands Playhouse specializes in producing the very best musicals and plays that have graced Broadway and the Westend. After moving to Nebraska, Marshall served as the Community Advancement Officer for the Pottawattamie County Community Foundation.  Community enrichment, non-profit philanthropy, and corporate giving were all active parts of this position. Marshall uses the skills developed at PCCF to drive arts advocacy.

Education is a high priority to Marshall.  When serving as the Humanities Department Chair at Eastern Oklahoma State College, he was able to engage, mentor, and encourage students while they pursued higher education through the visual and performing arts.

In 2019, Marshall began his journey as Stage Manager for the Omaha Symphony Association.  As Stage Manager, Marshall oversees the load-ins for all symphony productions, works with the union crew, and assists in managing logistics and execution of the Symphony’s educational tour.  In March of 2020, Marshall was selected as Digital Production Manager to help move the organization into a digital platform to continue providing music during the pandemic. Outside of the Arts, Marshall loves spending time with his wife, Sarah Klocke, who serves as the Director of Theatre & Communication Program at College of Saint Mary. They have a dog (Nola) and a cat (Little.) 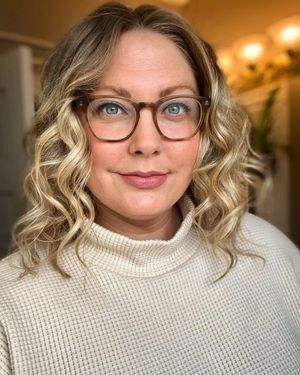 Ashley Kobza joins the Flatwater Shakespeare Company staff with over a decade of experience as a theatre artist and arts educator. Born and raised in small-town Nebraska, Ashley received her BA in Theatre Arts from the University of Nebraska at Kearney. After undergrad, she set out on a ten-year journey that took her to grad school, theaters, communities, and colleges across Ohio, Illinois, San Diego, and Kansas. Ashley taught college theatre for eight years before moving back to the land of Goldenrod and Cottonwood in May of 2018 where she then shifted her focus to community building and engagement. Since her return to Nebraska, Ashley has been actively working in the Omaha and Lincoln theatre and arts communities. Highlights include "Circle Mirror Transformation" and "King Lear" at BlueBarn, director of The Penguin Project at Lincoln Community Playhouse, contract work for The Rose Theatre, and teaching after-school clubs with Blixt Locally Grown.

Ashley earned an MFA in Acting and New Work from Ohio State University where she was afforded the abundantly awesome opportunity to work and train with the Royal Shakespeare Company in their “Stand up for Shakespeare” initiative. It was through this work that she began to understand Shakespeare's texts for the vibrantly visceral, living-breathing experience that they are. Whatever Shakespeare situation she may find herself in, pedagogical or performative, Ashley begins from a place of curiosity and accessibility all with a "do first, analyze second" approach. When she's not at her desk working and writing away, you will find her among the local trails and trees with her two dogs slapping high fives with all the flora and fauna or at home with her two cats binging late 80's early 90's TV. 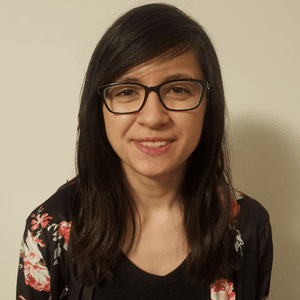 A Nebraska native, Kris is originally from Norfolk, Nebraska where she earned her high school diploma and associate degree in business administration from Norfolk Senior High School and Northeast Community College, respectively. She moved to Lincoln, Nebraska in August of 2017 and went on to earn her bachelor’s degree in marketing from the University of Nebraska–Lincoln in May 2019. Kris continued her education at the University of Nebraska–Omaha where she earned her Master of Business Administration (MBA) in May of 2022.

Kris is very passionate about the arts. Like most people, she was first introduced to classic literary works from Shakespeare in her high school classes. But rather than focusing solely on getting a good grade in the course, Kris found herself mesmerized and captivated by Shakespeare’s storytelling methods, including his masterful incorporation of universal themes, memorable words and quotes, and enduring characterizations.

Kris is excited to use her extensive business expertise to help Flatwater Shakespeare Company successfully execute its programming and events and increase appreciation and awareness of Shakespearean literature in the Lincoln community and beyond.

Click here: https://flatwatershakespeare.blogspot.com/2022/04/please-join-us-in-welcoming-our-new.html?m=1&fbclid=IwAR30xjZQPHLYCbMEnUxZCNQso07ywdn616B8AxUq92bGjh0J1-QgXKKf8_A to read the rest of Kris’ story! 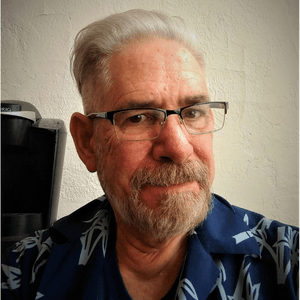 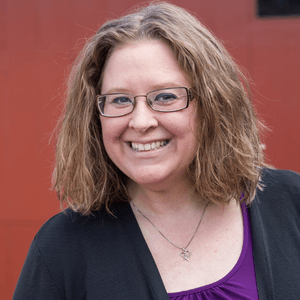 Michelle has been the primary stage manager and/or production manager for Flatwatwer Shakespeare Company since 2003. She has been involved with over 25 shows with Flatwater Shakespeare Company, and over 50 productions in Lincoln since December 2000. She is the 2016 recipient of the Mayor’s Arts Artscene Award for backstage work. Michelle has a BA in Spanish/Anthropology from Central College and an MA in Leadership from Bellevue University.

BOB HALL GRADUATED FROM THE UNIVERSITY OF NEBRASKA-LINCOLN WITH A MASTER OF ARTS IN THEATRE IN 1969 AND FOR THE NEXT 24 YEARS WORKED IN NEW YORK CITY AS A THEATRE DIRECTOR. HE IS ALSO A PUBLISHED PLAYWRIGHT, WITH HIS CO-ADAPTATION OF DRACULA RUNNING OFF BROADWAY FOR TWO YEARS.  HE WAS THE ARTISTIC DIRECTOR OF THE NEBRASKA REPERTORY THEATRE FROM 1987 TO 1992, AND RELOCATED TO LINCOLN IN 1997.  HE HAS BEEN A COMIC BOOK ARTIST AND WRITER SINCE 1975, WORKING FOR MARVEL, DC, AND VALIANT.  MOST RECENTLY HE HAS SHOWN HIS ARTWORK AT THE IRON TAIL AND EISENTRAGER/HOWARD GALLERIES.  HE IS FOUNDER AND ARTISTIC DIRECTOR OF THE FLATWATER SHAKESPEARE COMPANY.  HE IS MARRIED TO PAULA RAY.